Spring Migration on the Atlantic Flyway

Join us as we travel to one of the top birding locations in all of North America: Cape May, New Jersey, located in the very heart of the Atlantic Flyway. This trip is sure to appeal to both avid & novice birders alike, as it is timed to catch all the birding action of the spring migration along the Eastern Seaboard.

Cape May’s location makes it a very special birding hot spot. It is positioned on the southernmost tip of New Jersey, and is situated exactly where birds that are migrating from the neotropics, “drop out” from exhaustion after having flown north across the Delaware Bay. Warblers, tanagers, birds of prey and waterfowl all abound here during the month of May, as does a myriad of shorebirds, the latter stopping to feast on the billions of eggs laid by Horseshoe Crabs along the coast around Cape May.

And the great birding does not stop there. On this week-long trip we’ll explore a number of other world-class birding locations as well, such as Bombay Hook National Wildlife Refuge and the Belleplain State Forest. The latter is one of the most botanically diverse forests on the East Coast, excellent for nesting forest songbirds such as Orchard & Baltimore Orioles, Summer & Scarlet Tanagers, and Hooded, Yellow-throated and Prothonotary Warblers, just to name a few. We’ll also visit the Assateague Island National Seashore, famous both for its shorebirds, and for the wild ponies that live there, descended from domestic horses brought to the barrier island in the 17th Century.

In addition to wonderful birding, Cape May is also a famous coastal town in and of itself, filled with picturesque storefronts, historic buildings and Victorian gingerbread houses. We’ll make sure we have time to stroll the streets of Cape May to enjoy its vintage charm.

Experience Cape May during spring migration, when “eastern species” of warblers, tanagers, and thrushes are all in their prime breeding plumage, setting up territories and making nests.

Birding world-renowned “hot spots” along the East Coast, at the peak time to witness thousands of waterfowl and shorebirds as they make their way north along the Atlantic Flyway.

Witness the age-old, natural phenomena of Horseshoe Crabs completing their annual migration to lay their eggs on the shores of the Delaware Bay, and see the shorebirds that time their own migration so as to feast on the eggs.

After arriving at the Newark, New Jersey Airport, we head south for Cape May. After checking in to our hotel, it s time for dinner at a local restaurant before calling it a night.

After a delicious breakfast at our BnB, we’ll head out to Belleplain State Forest where we’ll spend the morning in search of songbirds, woodpeckers and other forest birds. After a tasty picnic lunch, we will head to the Delaware Bayshore to explore the saltmarsh habitat and beaches that are quintessentially “Cape May.”

We head north for the morning to explore the Atlantic Coast and the different bird-life it has to offer. Our first stop will be to The Wetlands Institute to search for Brant, Black-bellied Plovers, Yellow-crowned Night-Herons, and Tricolored Herons. From here it’s a short drive to the ocean and Stone Harbor Point, a location famous for nesting Piping Plovers. We will return to Cape May and have a picnic lunch in the shadow of the lighthouse at Cape May Point State Park. We will then bird one of the most famous and biodiverse locations in the area: the South Cape May Meadows.

We will spend our last morning in Cape May birding the trails of Cape May Point State Park. These woodland trails within a stone’s throw of the ocean are a fabulous spot for migrant warblers, including Blackburnian, Black-throated Blue, and Magnolia Warblers, American Redstarts, and, of course… Cape May Warblers! We will have lunch at the Cape May Ferry Terminal before departing for our 1.5 hour ferry ride across the Delaware Bay to Lewes, DE.

Today, we’ll visit the barrier island known as Assateague Island National Seashore, or simply, Assateague Island. The Island is an Important Bird Area (IBA) at the global level because at least 60 pairs of Piping Plover nest on its beaches. We’ll cap off the morning by having a nice picnic lunch on the island, perhaps in view of some of its famous wild horses. In the afternoon, we’ll cross Maryland’s Eastern Shore to bird at Blackwater National Wildlife Refuge.

We head to Prime Hook National Wildlife Refuge this morning. The entrance to the park has ample open field habitat, perfect for Eastern Meadowlarks, Field Sparrows, Indigo Buntings, and Blue Grosbeaks. Our next stop will be Bombay Hook National Wildlife Refuge on the western shore of the Delaware Bay. This expansive refuge is highlighted by a wildlife drive with observation points along the way.

For our final morning together, we will bird at John Heinz National Wildlife Refuge, the nation’s first urban refuge. We will have lunch together one last time at a nearby restaurant and go over our final bird list, before saying our farewells at the Philadelphia International Airport. 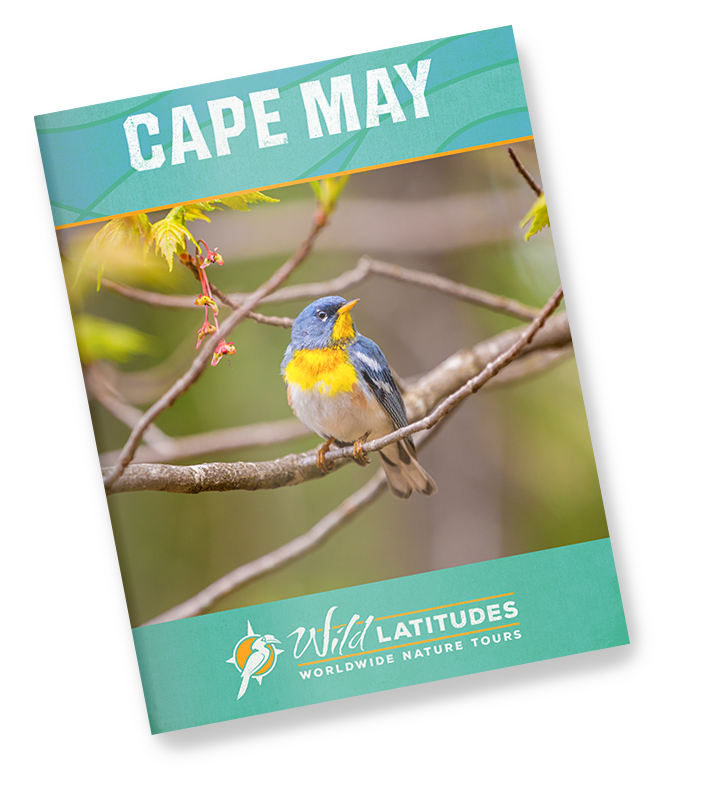 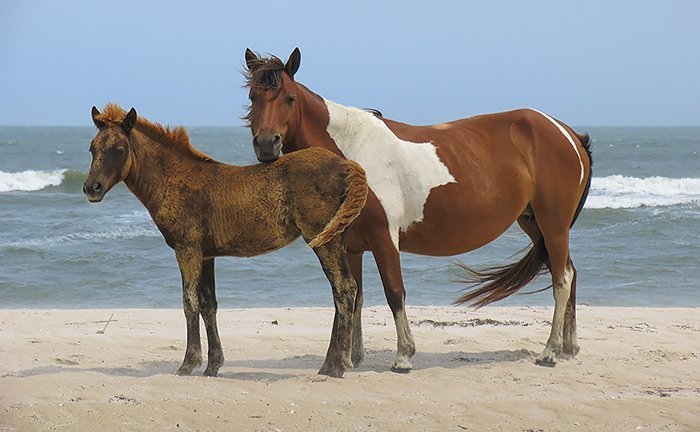 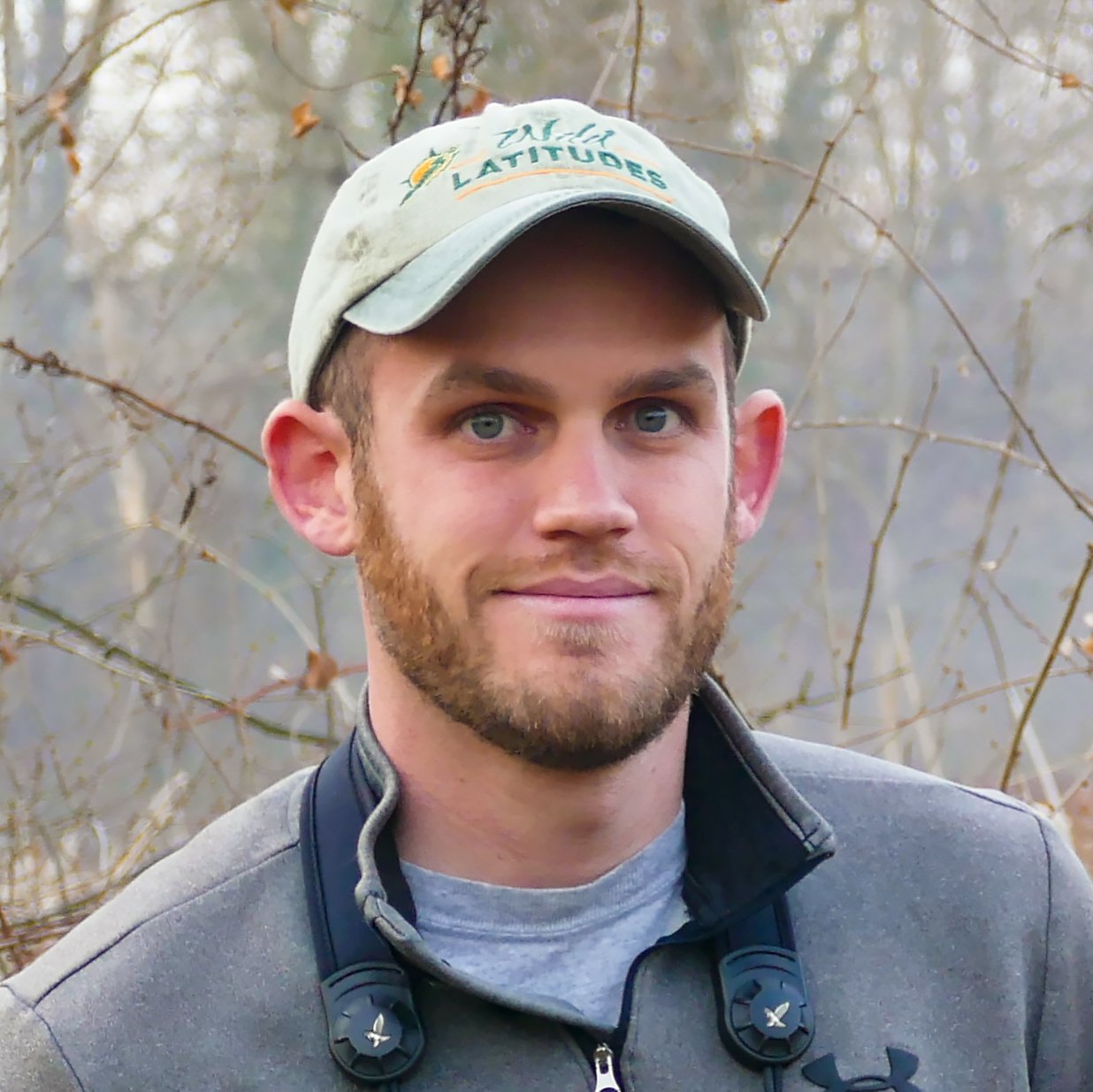 Chris Payne grew up in rural Pennsylvania with two naturalists for parents, so he has been immersed in the natural world his entire life. Once he discovered the world of birds, he was hooked. After graduating with a degree in biology, he pieced together bird-related field work for several years before returning to school to work on an M.S. in biology. Leading nature tours is the best of both worlds for Chris: getting to work in nature surrounded by birds, but more importantly, getting to share that passion with others. 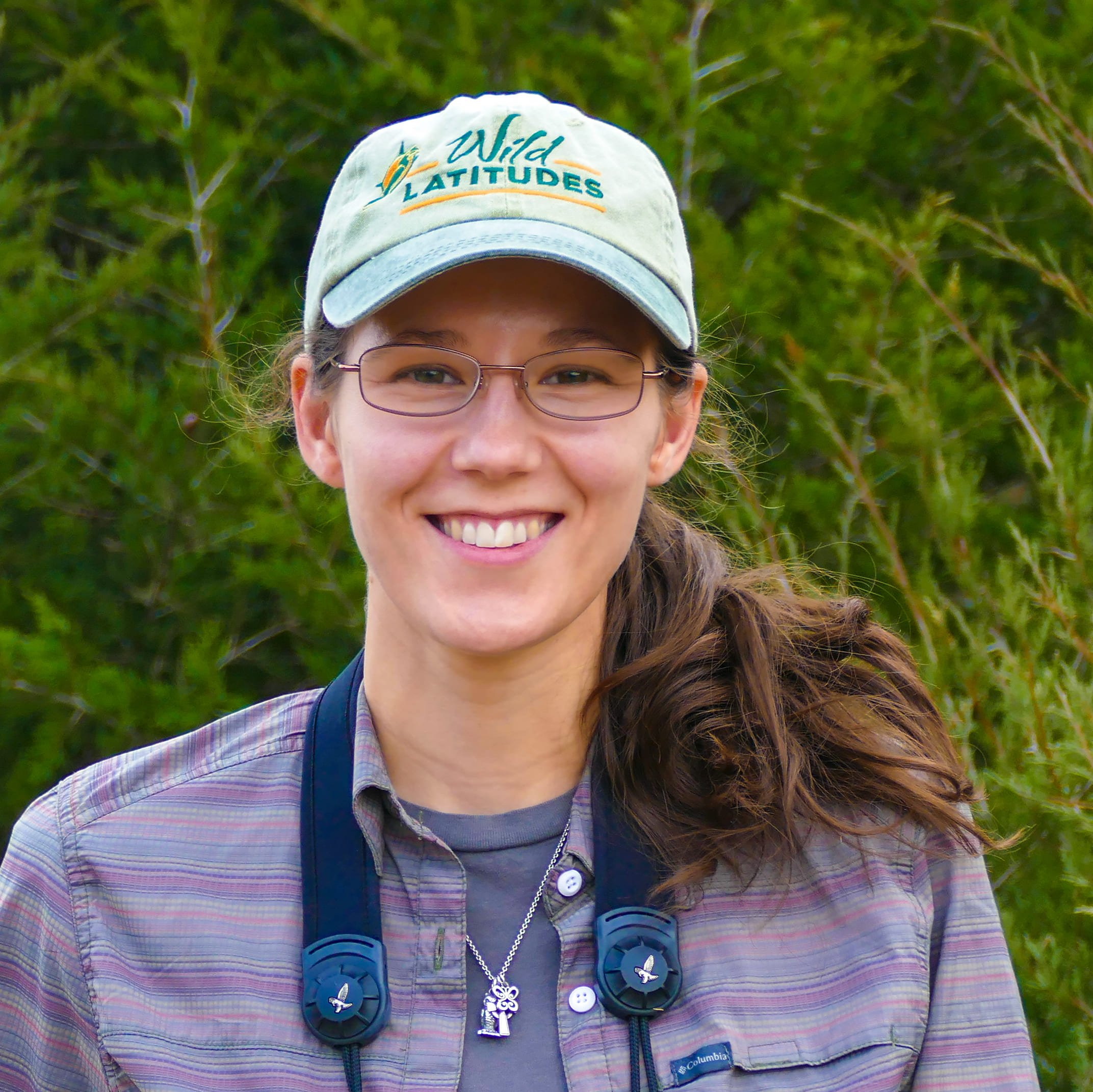 Rebecca Payne has always been avidly curious about the natural world. What started out as exploring the backyard of her childhood home led to an interest in exotic animals. While completing her B.A. in Zoo and Wildlife Biology, she was surrounded by teachers and mentors who nurtured her love for all things birds and birding. For several years, Rebecca worked in zoos across the country as an aviculturist, participating in breeding programs for endangered species, bird shows, and public outreach. Through these experiences, she discovered that her true passion lies in teaching others and fostering meaningful connections between people and wildlife. Rebecca has enjoyed many fulfilling teaching roles, from New Jersey Audubon’s Cape May Bird Observatory, to the Vermont Institute of Natural Science, to Pennsylvania State Parks. All the while, she has had her binoculars in hand, using birds and avian ecology to bring people closer to nature. 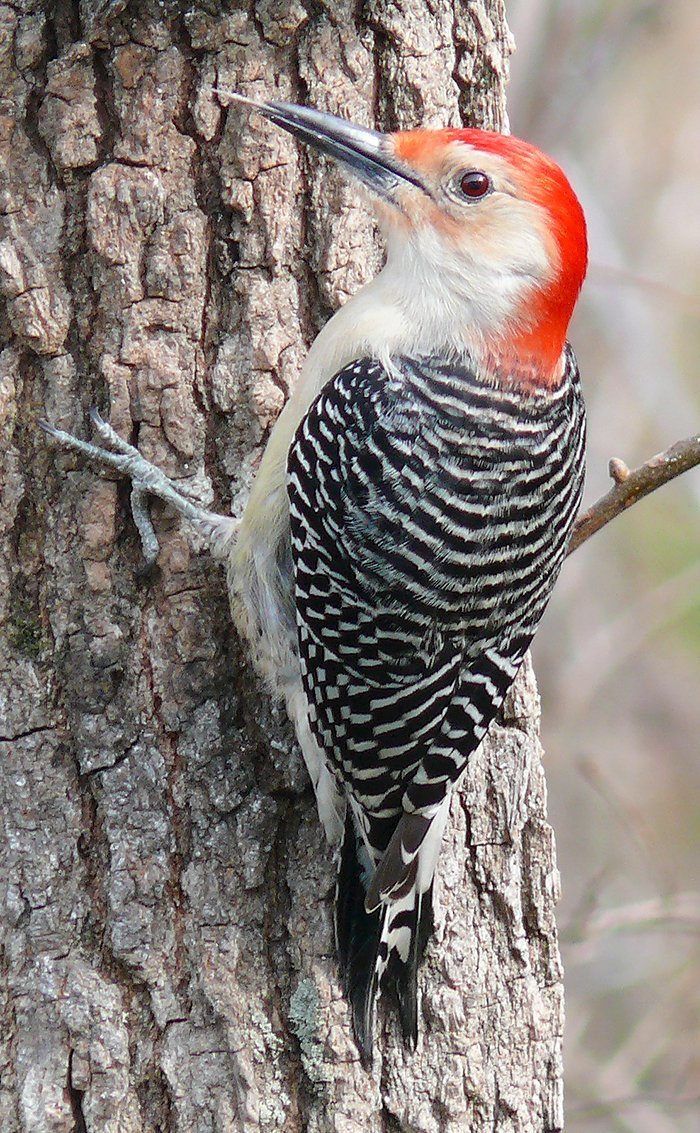 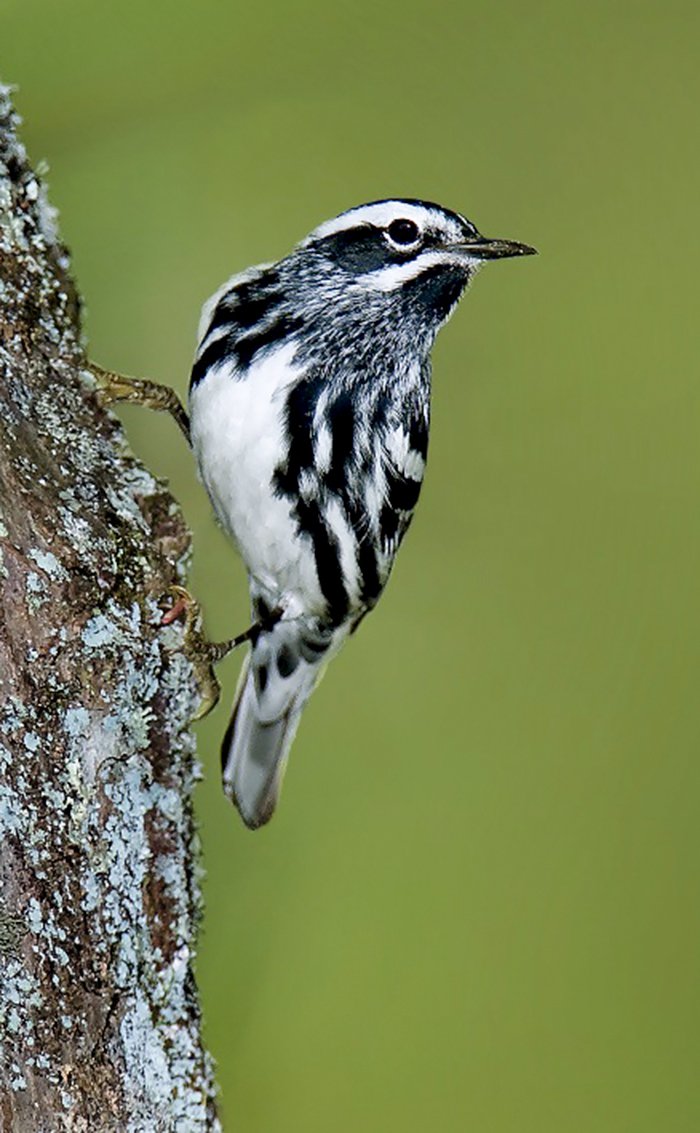