Birding bliss on wild islands of the Caribbean

Warm, blue waters, beaches of white sand, and palm trees… and, of course, lots of birds! Lying just six miles off the coast of South America, with a lush, tropical climate, the twin island country of Trinidad & Tobago boasts the greatest avian diversity of any island country in the Caribbean. The continental influence has endowed Trinidad & Tobago with over 400 bird species. During this two-island tour we’ll find our share of them, including such species as the Blue-gray Tanager, Scarlet Ibis, and Blue-crowned Motmot. On Trinidad we'll visit the Asa Wright Nature Center, where we hope to find birds like Chestnut-colored woodpeckers, White-bearded Manakins, and the fascinating Oilbird. We will also see many hummingbirds on this tour. Possible species are the Blue-chinned Sapphire, the Long-billed Starthroat, and the enchanting Tufted Coquette. We’ll bird a number of little-known hotspots with our local Tridadian guide, hoping to see the endemic Trinidad Piping Guan. And the Caroni Bird Sanctuary is not to be missed, as it is the island’s stronghold for the stunning Scarlet Ibis, deservedly the country’s national bird.

Before leaving the island of Trinidad, we'll spend two nights at a beach where Leatherback Sea Turtles come up to nest, and we should be there at the perfect time to witness this ancient event.

After six nights on Trinidad we’ll change the pace and travel to Tobago, known for its truly Caribbean, laid back vibe. We’ll bird the hills and the coast of this lovely little island, then have time in the afternoons to swim, snorkel or just relax on the beach. This trip is designed to satisfy the avid birder and provide a tropical escape during the winter.

On Trinidad, you'll be surrounded by the richest diversity of birds on any island in the Caribbean.

Get up-close views of exotic birds from the world-famous veranda at the Asa Wright Nature Center.

Snorkel coral reefs in the warm waters of the Caribbean.

Arrive in Trinidad. Transfer to our hotel and enjoy our first dinner together as a group.

Explore little-known hotspots with our local guide, as well as the Asa Wright Nature Center.

Head for the far northeastern coast of Trinidad. Birding in the area and viewing nesting Leatherback Turtles. We'll seach for this island's only endemic bird: the Trinidad Piping Guan.

A travel day where we fly to the small island of Tobago and drive to its eastern edge, where we'll stay for the remainder of our trip.

Exploring the forests and coast of Tobago. We'll bird in the mornings and return to our hotel in the afternoon, to snorkel, swim, and relax.

Fly back to Trinidad and tour the Carino Swamp by boat, looking for Scarlet Ibises. Share our last dinner and then fly home in the evening. 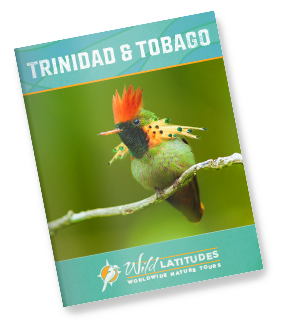 This tour is full. A true lover of the natural world, Steve Robertson has been a student of nature his entire life. First, as a little boy, who caught every creature he could for the mini zoo he kept in the garage, then later as an adult, leading scientific research expeditions into some of the most remote regions of the world, searching for rare species in such places as Tasmania, Madagascar and the upper Amazon Basin. With degrees in Wildlife Biology, advanced biology & education, Steve has worked in the field of Environmental Education for over 30 years. From 1998 to 2017, he served as the Education Director for the Audubon Society of Portland, creating a number of innovative programs including International Ecotours, a program that has won hundreds of accolades from around the country. During his time with Audubon, Steve personally designed and led Ecotours to over 20 countries, spanning six continents. 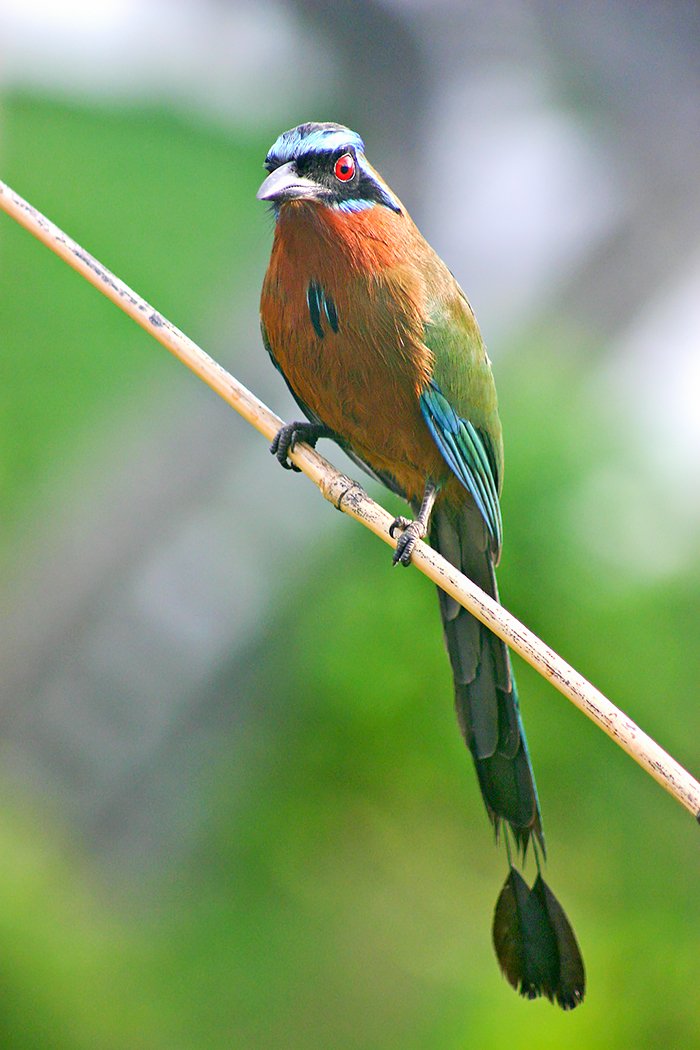